In the platform all financial operations are conducted in the currency,determined by the settings.

You can configure several currencies that can be used in financial transactions on the system. Nevertheless, one of these currencies should be the main one (or default).

The main currency is the currency to which all calculations in the system are given. Most often, this is the currency with which the price of the goods and /or the value of the points accrued according to compensation plan are related.

The main currency is not available for editing the field to reflect its purchase rate and selling rate, since it is the base currency that the rates of other currencies are considered. Despite this restriction, any currency can be chosen as the main one.

For other currencies used in the system, you can enter their rate relative to the default currency.

Set up a course of buying and selling currency is used when exchanging money between user wallets that have different currency settings.

The currency set in the system is used:

Currency setting is available to the system administrator only.

Choose files or drag and drop files
Was this article helpful?
Yes
No 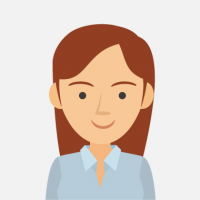